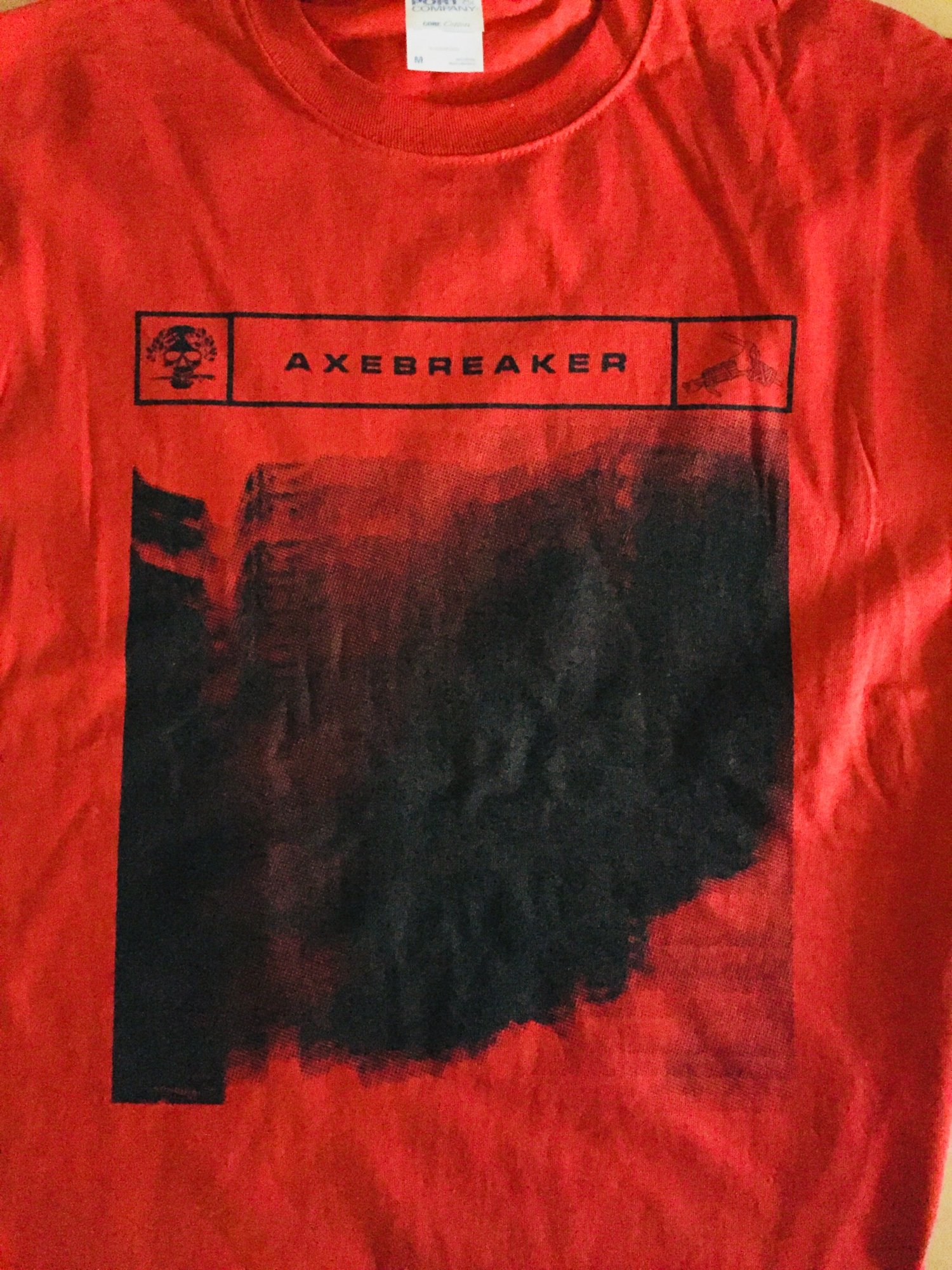 Svbterranean recently wrote a review of Brutality of Stone. Here is a section of the review:

"Helmed by Baltimore musician Terence Hannum (Locrian, The Holy Circle, et al), Axebreaker‘s particular brand of power electronics is scathing, confrontational, and is only accentuated by its anti-fascist/anti-racist themes. Axebreaker pushes listeners’ faces into its white-hot flames until the skin has melted away from the skull. Listeners who dare to align themselves with the very ideologies Axebreaker vows to eradicate might as well throw in the towel early because it won’t end well for them.
Gusts of caustic noise open up the record on “Disorder (for Alan Berg)” and bleeds directly into the pummeling, ear-splitting “Ghost Skins”. The track thunders with oscillating drones and walls of hissing sound, which are accompanied by Hannum’s fierce, reverberated shrieks. A twisted sense of melody begins to appear as the song reaches its conclusion, providing a bright, yet buried contrast to the sonic hell above."

It is a continuum: the use of state-sanctioned brutality and suppression, the encouragement of right-wing fringe violence. Cruelty and complicity. The ability to disassociate protestor from individual, Black person from human being; a colonizer mentality that views everyone else as the other. Knowing nods between patriot groups and their edification of power; their longing to police, but foregoing the call to LARP as special forces. A strange and dangerous nexus of authoritarianism and vigilantism, bolstered by the executive branch. Alleged law and order upheld by columns of violence and extremism––the pillars of tyranny. But "when the white man turns tyrant," Orwell writes, "it is his own freedom that he destroys."

Mastered by Jake Reid at the Ice Station (icestationstudio.com)

To celebrate the release of VIGILANCE (CS) and LIVE ASSAULT V (CD) on OBSOLETE UNITS (obsoleteunits.bandcamp.com/album/vigilance-live-assault-v) this shirt is now available for pre-order.

Comes with 1" pin, embroidered logo patch, and digital download of both VIGILANCE and LIVE ASSAULT VXL SOLD OUT, 1 LARGE, 2 MEDIUM AND 1 SMALL

Comes with 1" pin, and digital download of both VIGILANCE and LIVE ASSAULT V